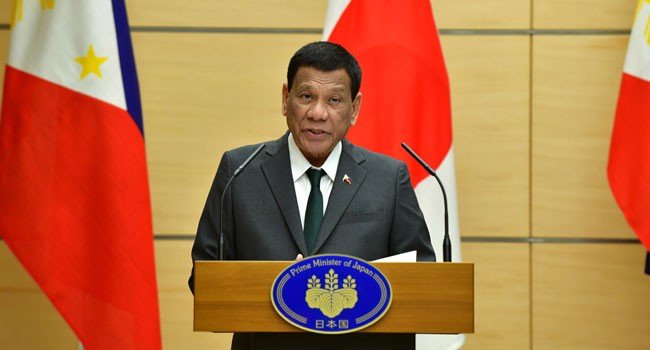 revamping the crackdown and ending its “senseless” killing.

Opposition leader Leni Robredo has regularly attacked Duterte’s internationally condemned initiative, prompting the president to appoint her this week to a post supervising it.

Critics have warned that the job to co-lead the committee overseeing the crackdown may be a trap to tarnish Robredo, but she has voiced hope that it is an opening for change.

“It’s time to think about a new campaign which is more effective, but no one is dying senselessly,” she said ahead of her first meeting with the body, that includes top law enforcement officials.

“I believe that in all police operations, anything can happen, but we oppose deliberate and planned killings of innocent people” added Robredo, who is vice president but was elected separately from Duterte.

Duterte rose to power in 2016 on a pledge to eliminate the nation’s drug problem by killing thousands of drug dealers and users.

Since then narcotics agents claim to have gunned down just over 5,500 suspects who fought back, though watchdogs claim the true number is at least four times higher.

The campaign has drawn fierce international criticism, especially from rights groups that allege the crackdown could amount to crimes against humanity.

International Criminal Court prosecutors have launched a preliminary probe and the UN’s top rights body has voted to conduct an in-depth review.

Robredo told a press conference after the meeting that she plans to dig into the details of the crackdown, and believes any misconduct should be confronted by the Philippines.

“I would rather that we take care of whatever we have to take care of,” she said. “There are a lot of things that happened that should not have happened.”

Duterte bristles at any criticism of his drug war, with public opinion polls saying he as the overwhelming backing of the Philippine people.

Robredo said she saw her appointment “as a signal that the president is open to listen to a fresh perspective about the entire campaign”.

“Drugs are the enemy here. We are not at war with our countrymen,” she added.

Amnesty International also took a supportive view of Robredo’s new post, calling it proof “global pressure is having an effect, and that the public mood in the Philippines is turning against the flawed approach of the so-called ‘war on drugs’”.

Duterte has previously vowed to continue the drug war until the end of his term in mid-2022, often deriding Robredo’s capability to potentially lead the country, which she would have to do if the president dies or cannot function.

But in a turnaround labelled by critics as a trap, Duterte said in a speech last week that the drug situation has “worsened” with the police on the “brink of surrendering”.

“It’s beyond my competence, but maybe she will do better,” Duterte told reporters last week