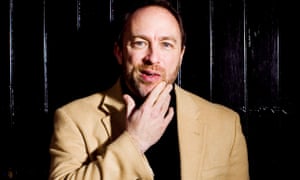 Jimmy Wales, the co-founder of Wikipedia, is launching a new online publication which will aim to fight fake news by pairing professional journalists with an army of volunteer community contributors.

Wikitribune plans to pay for the reporters by raising money from a crowdfunding campaign.

Wales intends to cover general issues, such as US and UK politics, through to specialist science and technology.

Those who donate will become supporters, who in turn will have a say in which subjects and story threads the site focuses on. And Wales intends that the community of readers will fact-check and subedit published articles.

Describing Wikitribune as “news by the people and for the people,” Wales said: “This will be the first time that professional journalists and citizen journalists will work side-by-side as equals writing stories as they happen, editing them live as they develop, and at all times backed by a community checking and rechecking all facts.”

Although the site is launching at the beginning of the UK general election campaign, Wales said the impetus for the project came from the US.

“Someone I know convinced me to give Trump 100 days before making my mind up,” he said, “but then on day one Kellyanne Conway came out and said her ‘alternative facts’ line. That was when I really decided to move forward.”

If the fundraising campaign goes well, Wales hopes to be able to hire the site’s first journalists “as soon as possible” – perhaps before 8 June, when Britons vote in the general election called by prime minister Theresa May.

Like Wikipedia, Wales’s new project will be free to access. The publication is launching on Tuesday 25 April with a crowdfunding campaign pre-selling monthly “support packages” to fund the initial journalists. The first issue will follow soon after.

The community contributors will play a key part in the new site, ensuring that the contents of the articles are always supported by as much extra information shared with the readers as possible.

They will be backed up by a presumption of transparency in the site’s reporting, with journalists sharing full transcripts, video and audio of interviews.

He hopes that a combination of the distributed intelligence of Wikipedia and measured professional journalism driven by a business model “that’s not about chasing clicks” will lead to a news organisation built from the ground up to combat fake news and political rabble-rousing.

There is a third way, he said, between the two models “of he said, she said faux neutrality, or having a Paul Dacre [editor of the Daily Mail] agenda and ramming things down our throats”.

He added: “If you take a look at Wikipedia, it’s noisy and not a perfect place, but for true fake news, there’s been almost no impact on the Wikipedia community.

“The volunteers are experienced enough to know it’s nonsense, and have an ethos saying: ‘No, we’re here for neutral facts’: that community knows it from the ground up.”

Those contributors who also support the site financially will eventually be able to advise on the topics they want Wikitribune to explore, Wales said.

“If you take as an example the bitcoin community, they’re a very active and obsessed community.

“There’s a lot of news that comes out in the field, and I think they’d love to be able to raise money to hire a journalist and put them on the bitcoin/blockchain beat.”

The ideas behind Wikitribune are similar to other experiments with sustainable community journalism.

Dutch news website De Correspondent, for instance, was launched in 2013 after a €1m (£850,000) crowdfunding campaign, with a goal of focusing on reporter-led in-depth coverage of a select few topics backed up by strong involvement from a community of financial backers.

But Wales thinks that such comparisons do Wikitribune down. “I’m not sure that anyone’s ever been as radical as I am,” he said.

“Realistically, in terms of saying the community can really have control, a lot of people from traditional newsrooms have really had trouble getting their head around that.”

Wales, who sits on the board of Guardian Media Group, the Guardian’s parent company, founded Wikipedia with Larry Sanger in 2001, before donating the entire project to a non-profit organisation, the Wikimedia Foundation, that he set up in 2003.

He remains a board member of the Wikimedia Foundation, and is the president of Wikia, a Wikipedia spin-off that allows communities to make their own collaboratively-edited encyclopaedias on topics ranging from Top Gear to Harry Potter.