Design – The Same, But Worse?

Looking face on at the iPhone 8 and iPhone 7 shows two smartphones which are almost indistinguishable. The large top and bottom bezels remain, the display appears unchanged and the iPhone 7 even has more colour options (silver, gray, gold, rose gold and jet black Vs silver, gray and gold).

But look closer and you’ll see one change which is not for the better:

Apple has done this to add wireless charging (more in the Battery Life section) but the cost is a heavier phone (glass needs to be thicker for the same protection as aluminium) and a back which can crack. Whether that is worth the trade off, will matter on how much you want wireless charging. 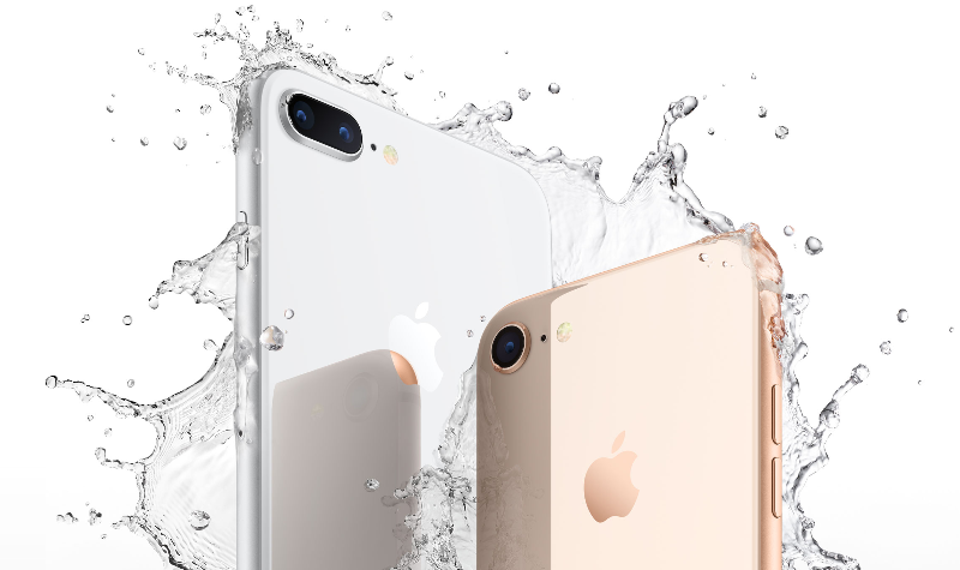 Less controversially, the iPhone 8 retains its Touch ID fingerprint scanner in the home button (which the iPhone X drops in favour of Face ID facial recognition) and – glass aside – it remains a durable phone matching (but not improving upon) the iPhone 7’s IP67 water and dust resistance and rigid Series 7000 aluminium frame (exposed on the side sections).

Where Apple has improved the iPhone 8 is a 25% boost in volume compared to the iPhone 7’s stereo speakers, though there is no return for the headphone jack with Apple retaining only the Lightning port (some naively hoped for universal USB-C) as the sole port on the phone.

While there’s debatably no tangible improvement to the iPhone 8’s design over the iPhone 7, Apple has made advances with its display – despite it looking identical on paper:

Yes there’s no sign of the scene stealing OLED panel of the iPhone X, but Apple has given the iPhone 8 ‘True Tone’ technology from the iPad Pro range which reacts to environmental light and ensures a correct colour balance at all times. There’s also support for Dolby Vision and HDR10 for higher dynamic range (HDR) – something fast being added to Netflix, Amazon Video and iTunes. 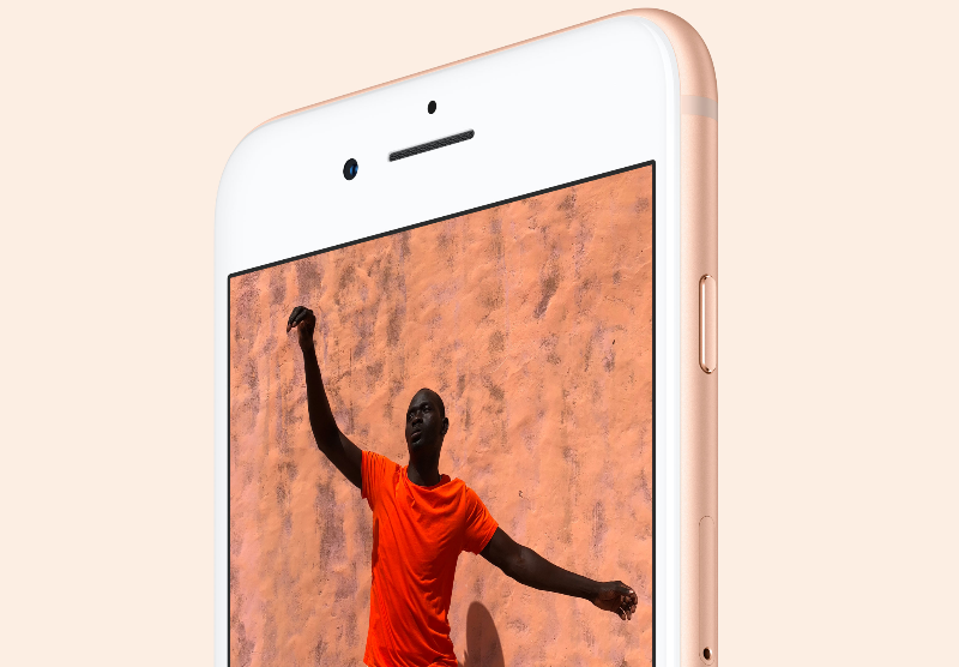 Less impressively, it seems Apple is unable to squeeze any more from LCD as the iPhone 8 doesn’t improve on the iPhone 7’s contrast ratio (1400:1) or brightness (625 cd/m2 max).

In short: you do not buy the iPhone 8 for its design or its display.

What you would buy the iPhone 8 for, however, is its performance. According to most benchmarks, the iPhone 7 and iPhone 7 Plus remains the fastest smartphones in the world but that was before the iPhone 8 came along:

And how much faster is the iPhone 8 than the iPhone 7? Apple claims its A11 chipset is 25% faster at top speed (when using high performance cores) and up to 70% faster when idling (using high efficiency cores). Graphics performance is also 30% faster and multitasking is up 70%, a crucial improvement given users are continually hopping between apps.

As for the Bionic part, the iPhone 8 doesn’t get the best use of it. Primarily it refers to the horsepower used for the iPhone X’s Face ID facial recognition system which the iPhone 8 lacks, though it does come in very useful for the next feature: the camera…

Like many features of the iPhone 8, on the surface not a lot appears to have changed from the iPhone 7 – especially on paper. 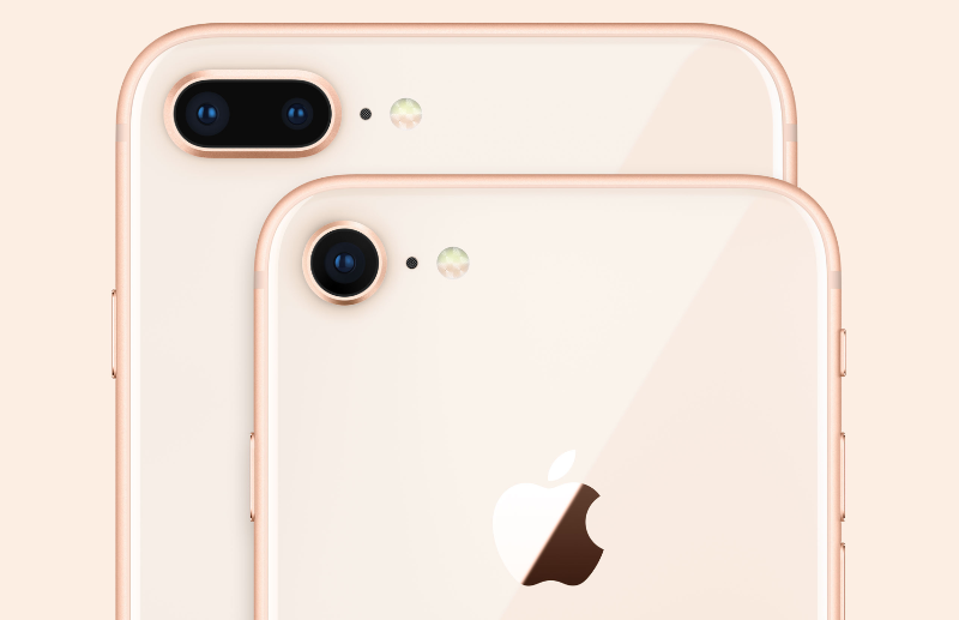 The iPhone 8 has a 12 megapixel wide-angle camera with f/1.8 aperture and optical image stabilisation plus a 7 megapixel, f/2.2 camera on the front – both identical to the iPhone 7. It also highlights the iPhone 8 as the only new iPhone not to get dual rear cameras.

But lifting the mood is the A11 Bionic. Apple promises major photographic and video improvements from the iPhone 8 due to its integrated and Apple-designed Image Signal Processor (ISP). This promises to bring better pixel processing, faster low-light auto focus and noise reduction. The latter two were an Achilles Heel of the iPhone 7. 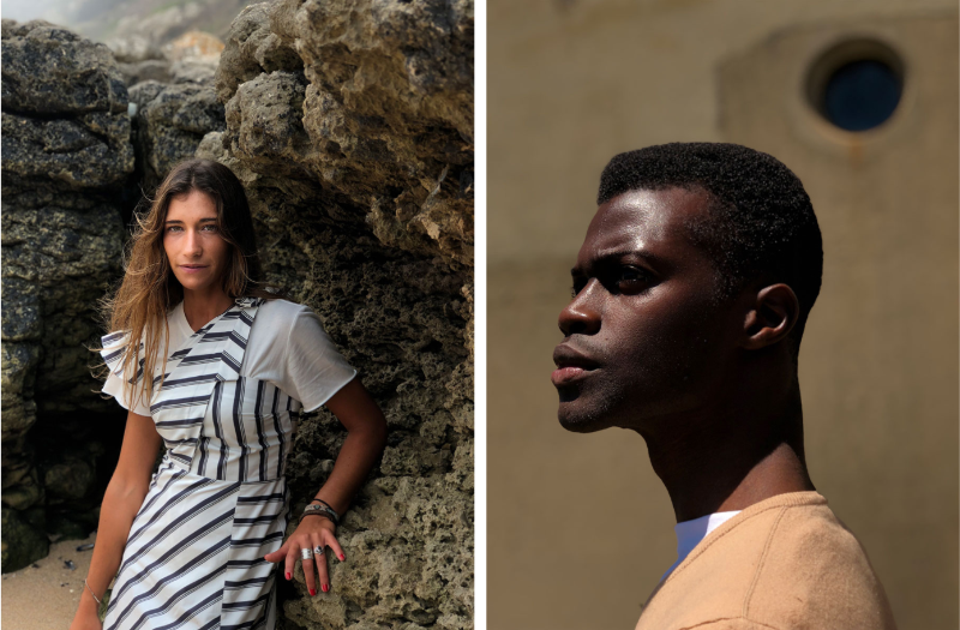 And if this sounds too good to be true, it isn’t. Last year Google took the camera crown with the Pixel and Pixel XL which both have inferior camera optics to most of their rivals, but they won out through class leading image processing. So if Apple can replicate the brains Google demonstrated with superior hardware then we could have a new class leader on our hands.

Battery Life And Charging – Not Longer, But Faster And Wireless

When it comes to battery life there’s good news and bad news. The bad news is even Apple admits on its comparison page the iPhone 8 only “Lasts about the same as iPhone 7” which in turn was barely better than the iPhone 6S or iPhone 6. Wasn’t losing the headphone jack meant to free up space for a bigger battery? 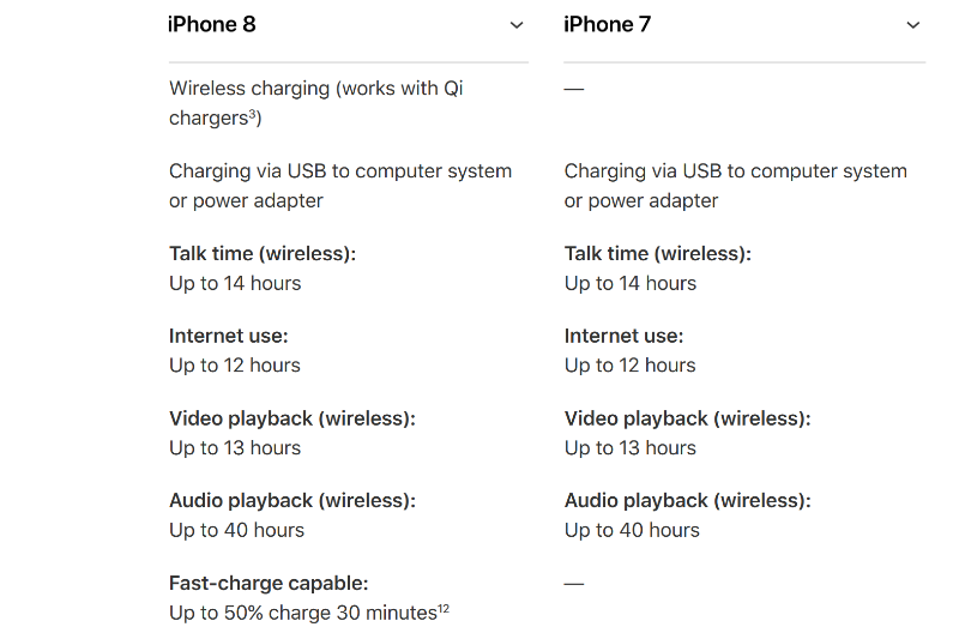 iPhone 8 Vs iPhone 7 battery life shows no improvements, but fast and wireless charging have been added

The good news is when your iPhone 8 does run out of juice, it will charge more quickly as Apple has finally added wired quick charging and followed this up with Qi-compatible wireless charging.

But then comes more bad news. The iPhone 8’s wireless charging only operates at 7.5W which is much less than the 15W peak Qi charging supports and rivals like the Galaxy S8 use.

Furthermore Apple has not bundled a fast wired charger with any of its new iPhones (no, not even the $1,149 256GB iPhone X) and compliant fast Apple chargers start at $49. In turn these chargers use a different (Lightning to USB-C) cable which isn’t bundled with the fast charger and costs $25 (one metre) or $35 (two metres). 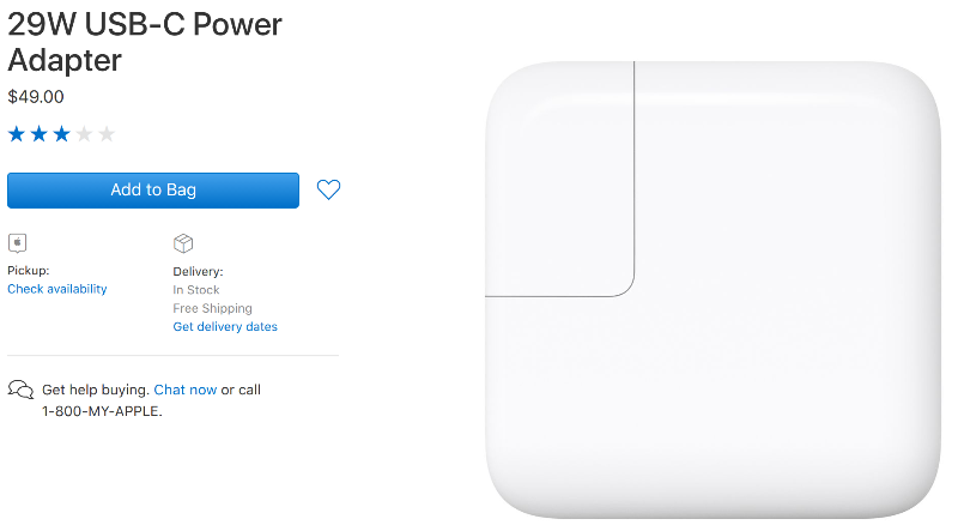 So you’re looking at $75 for every location you want to fast charge your iPhone 8. This is outrageous considering every single Android flagship (and most midrange and even budget models) come with fast charging out the box, while fast chargers cost $5-15 and use the cable which came in the box.

Meanwhile a little known secret of the iPhone 7 is it can charge more quickly if you use an iPad charger. No, it won’t match the iPhone 8’s quick charging speeds but if you already own an iPad and don’t need super fast charging this will save you from what can only be described as Apple’s greed.

Storage And Price – Up and Up

Like battery life, there’s good and bad news with the iPhone 8’s price:

Yes, storage has doubled but prices have gone up as well and there are now only two storage options. Meanwhile Apple has reduced the iPhone 7 by $100, but retained its smaller storage capacities creating a real dilemma between the 128GB iPhone 7 and paying $50 more for a 64GB iPhone 8.

It is also worth noting the iPhone 8 Plus has a $100 price premium over the iPhone 8 at each capacity, while the iPhone X is stratospheric with a $300 premium at both 64GB and 256GB. 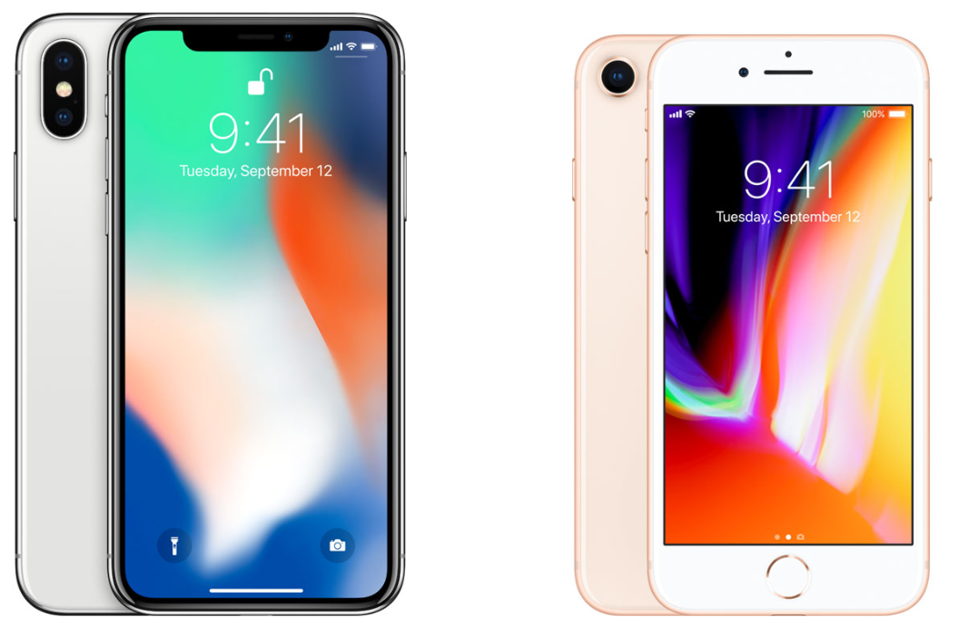 iPhone 8 may not be a worthy upgrade for iPhone 7 owners, but is it a better upgrade than the iPhone X?

The iPhone X will understandably grab the headlines for its dramatic design changes, especially while the iPhone 8 will look like more of the same to most iPhone owners.

This is understandable because the iPhone 8 is something of a contradiction. It is not a significant upgrade over the iPhone 7 (performance, and – potentially – camera aside) while Apple has sucked the joy from its fast charging. If you own an iPhone 7, the iPhone 8 is definitely not worth the upgrade.

And yet the iPhone 8 is also potentially a bargain. Take away the display and Face ID and the iPhone 8 is essentially an iPhone X (which is unavailable for months anyway) for $300 less, plus you get to keep Touch ID.

As such iPhone 7 owners should not be impressed, but for everyone else the iPhone 8 might just be the best boring phone on the market…