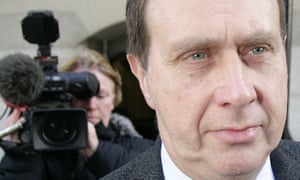 Ten years ago the News of the World’s royal editor, Clive Goodman, and the private investigator Glenn Mulcaire were jailed for intercepting the voicemails of aides to Prince William and Prince Harry. Andy Coulson resigned from his position as editor of the tabloid shortly afterwards, and an internal investigation concluded phone hacking had been the work of one “rogue reporter”.

But a decade on, phone-hacking cases are still being brought to the high court and the true extent of the practice is still emerging. Last week the publisher of the Daily Mirror, Sunday Mirror and Sunday People settled phone-hacking claims with 44 celebrities, paying out millions of pounds in compensation and legal costs.

Mark Lewis, a media lawyer at Seddons, said there was now “almost fatigue” at discovering how extensive phone hacking was. Lewis represented the Dowler family after it emerged that the News of the World hacked the phone of their missing daughter Milly in 2002.

“It wasn’t the lie that it was a ‘rogue reporter’ in 2007, or the lie after Milly Dowler in 2011 that it had stopped, but the fact that it was so extensive that there is almost fatigue at finding out that there are more cases,” he said. “The lies have been replaced by a shrug and reaction – ‘of course they’re still doing it’. Many cases to come will show the extent of the wrongdoing.”

Last week was not the first time Mirror Group Newspapers (MGN) had been forced to disclose payouts. Last November it settled with 29 people, last July with 21, and in September 2014 it settled with six.

In May 2015 it was also ordered by the high court to pay out damages totalling nearly £1.25m, including £260,250 to the actor Sadie Frost. At the time it was a record payout for privacy offences, although it is understood to have been exceeded by some of the settlements reached by MGN this week.

Trinity Mirror, the parent company of MGN, has put aside £52.5m to cover the costs of the hacking scandal, including compensation payouts and legal fees. There are understood to be about 50 more cases still in the pipeline.

The celebrities in the latest batch of settlements included the former England manager Kevin Keegan, the author Jeffrey Archer, the actor Patsy Kensit and the former home secretary Charles Clarke.

Details about each of their cases, covering allegations of hacking between 1998 and 2010, were read out in agreed statements to Mr Justice Mann in the high court. MGN admitted to phone hacking and using private investigators between 1999 and 2007, but the specific journalists, articles and publications connected to these allegations were not disclosed.

Angela Bostock, the ex-partner of the EastEnders actor Steve McFadden, said police had told her that her details were on PalmPilots – personal digital assistants – belonging to Dan Evans, a former Sunday Mirror journalist who pleaded guilty to hacking in 2013, and Nick Buckley, former deputy editor of the Sunday People and head of news at the Sunday Mirror. No charges were brought against Buckley.

Nancy Moir, the wife of the comedian Vic Reeves, alleged in her statement that an article published in the Daily Mirror on 1 February 2003 contained private information about her wedding following a suspicious call to her mobile phone.

MGN admitted in the case of Pearl Lowe and Danny Goffey, a fashion designer and musician respectively, that an article published in the Daily Mirror on 5 February 2005 was the product of voicemail interception. It also admitted in the case of Sheryl Gascoigne, the ex-wife of the footballer Paul Gascoigne, that articles in the People on 9 February and 20 April 2003 and in the Sunday Mirror on 18 May 2003 and 21 March 2004 were the product of hacking.

Piers Morgan, Richard Wallace, Colin Myler, Tina Weaver, Neil Wallis and Mark Thomas all edited Mirror Group newspapers during the periods covered by the allegations, and each have denied being personally involved in phone hacking. Wallis was found not guilty in 2015 of charges relating to his time at the News of the World.

Elsewhere, a collection of 91 individuals are making hacking claims against News Group Newspapers, part of the Murdoch family’s News Corp empire, which include allegations against the Sun. Sir Elton John, Gordon Ramsay and David Tennant are among the alleged victims.

News Group has already settled with more than 1,000 people about hacking, but this was related to the News of the World, which was closed in 2011 at the height of the hacking scandal. The company has denied that hacking took place at the Sun.

The claims relating to the Sun will be heard in a court case pencilled in for October. The case threatens to reopen old wounds and put individuals such as Rebekah Brooks – who was found not guilty of conspiracy to hack voicemails, conspiracy to pay public officials, and conspiracy to pervert the course of justice in 2014 – back in the witness box. Brook was reappointed as chief executive of News UK, the parent company of News Group, after she was cleared.

Christopher Hutchings, a media litigation partner at Hamlins and the lead solicitor for the claimants in the case, said: “News Group have always asserted that the police conducted a thorough investigation into hacking at the Sun but following recent disclosure it is clear that there was no such criminal investigation.”