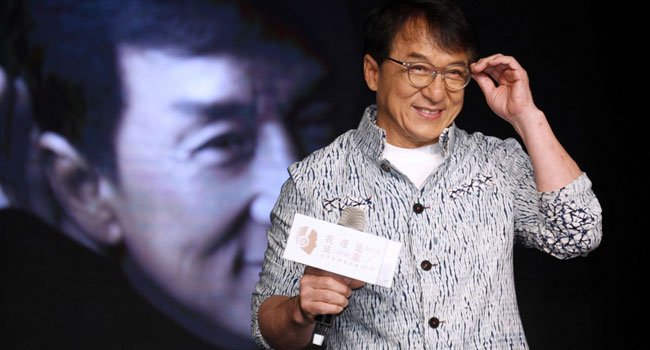 The Hong Kong-born actor was set to visit Hanoi on November 10 to support Operation Smile, a charity that gives free surgery to children with facial disfigurements.

But the plans were scrapped after thousands of angry Facebook users flooded the charity’s official page when his visit was announced last week.

Some of their comments claimed Chan had spoken in support of China’s so-called nine-dash line — its historic justification for its territorial claims in the resource-rich sea.

However, Chan has not explicitly expressed public support for the controversial maritime assertion.

Vietnam, Malaysia, the Philippines, Taiwan and Brunei all have competing claims in the waterway that overlap with China’s — long a source of tension in the region.

Issuing a mea culpa Friday for failing “to predict the reaction” of the Vietnamese public, the charity asserted that their work is “non-political”.

“We are very sorry… Operation Smile will not organise any activities with (Chan’s) involvement” in Vietnam, they said.

Vietnam is one of Beijing’s most vocal critics over the flashpoint South China Sea issue.

Chan has in the past been accused of siding with China over Hong Kong’s democracy protests after calling the unrest in his hometown “sad and depressing”.

The comment sparked ire in Hong Kong but was warmly received by many in China where he has a massive fan base.

Earlier this month Hanoi pulled the DreamWorks film “Abominable” from theatres over a scene featuring a map showing the nine-dash line.

Beijing claims the majority of the South China Sea through the vague delineation, which is based on maps from the 1940s as the then-Republic of China snapped up islands from Japanese control.

“Abominable” is not being shown in Malaysia either after its distributor refused to cut the offending scene, while the Philippines also filed complaints.

The US this week accused Beijing of intimidating smaller countries in the South China Sea, a key global fishing route.

China has built military installations and manmade islands in the area, and for several weeks earlier this year sent a survey ship to waters claimed by Vietnam.