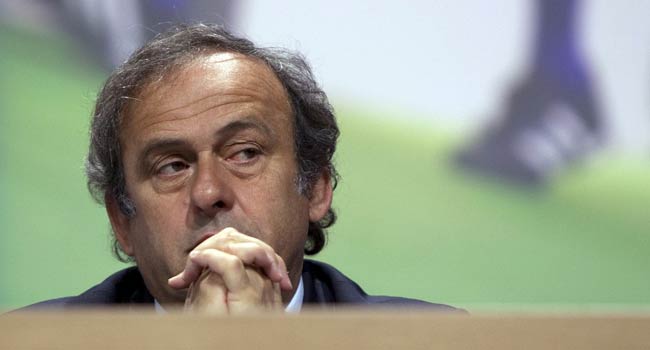 According to sources close to Platini, whose four-year suspension from football ended in October, the former France international is seeking to recoup around 7.2 million euros ($7.9 million), including 5.5 million euros in back pay.

Platini did not confirm the amounts.

“Through my lawyer, I am asking for the contractual elements to be applied,” Platini said.

A triple Ballon d’Or winner, Platini was expected to succeed Sepp Blatter as FIFA president in 2016 but fell spectacularly from grace a few months earlier.

The 64-year-old was suspended by world football’s governing body in 2015 over a controversial payment of two million Swiss francs (1.8 million euros, $2 million) that he received from Blatter.

The payment, made in 2011 when Blatter was seeking re-election as president, was related to work carried out by Platini between 1999 and 2002.

Platini has always insisted he did nothing wrong.

His suspension ended on October 6 and he has said he now hopes to find a new role in football.

The former Juventus star said the bonus that he wanted repaid was linked to the organisation of Euro 2016.

“We have claimed the remaining amount of the back pay which we believe is owed according to the contract.”