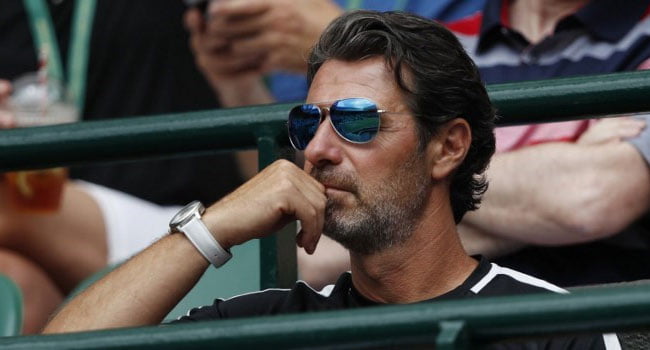 Williams is chasing a 24th Grand Slam singles crown to equal the record held by Australian Margaret Court, but Mouratoglou said he had full respect for the 19-year-old Andreescu.

“I said before the tournament, I had been asked who are my two underdogs, and I said Bianca and (Daniil) Medvedev. So I’m not surprised she’s there,” Mouratoglou said Friday.

“A lot of respect for her. A lot of tools in her game. Like a really complete game. She has the whole package. Like the game’s amazing, I think: the physical, the athleticism, and the mental. She looks incredibly confident. She feels like she’s where she belongs. That’s the impression she gives.”

Williams has lost three Grand Slam finals since her last major title at the 2017 Australian Open, but Mouratoglou is confident she can finally clinch a record-tying title at the fourth attempt.

“When you play for a record like this one, there is even more, which is fine. It’s called pressure, and I think Serena had to experience a bit of pressure in her life. And you can’t think that she’s not good dealing with pressure.

“But you have to realize that to be able to deal with pressure, you need to feel strong. If you feel weak or not as strong as you wish you would, it’s more difficult to beat the pressure.

“When you don’t move well, you can’t be as confident as you should be, because if your A game doesn’t work, you don’t have any other option, and for me that’s what happened.”

Ready for US Open exam

Just two years ago, Williams was fighting for her life with a blood clot in her lung after giving birth to Alexis Olympia Ohanian Jr.

She said she felt more prepared for the US Open than any other tournament during a year interrupted by ankle, knee and back issues.

Now she could become only the fourth mother in the Open era to win a Grand Slam title after Aussies Court and Evonne Goolagong Cawley and Belgium’s Kim Clijsters.

“I think it’s totally different situation now, because now she can move. If she needs to play the rally, she can play the rally. We have seen that I think a few times during the tournament,”

“So there is no panic if she misses a bit more than usual. No problem. There are other options of play. So I feel she’s so much more confident now because she knows she’s ready.