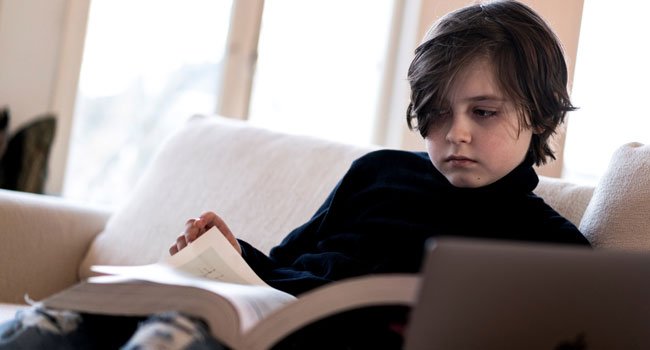 The Belgian boy will in December receive a degree in electrical engineering from the Eindhoven University of Technology in the Netherlands, which will make him one of the world’s youngest graduates.

Far from being fazed by his achievements, which also saw him complete the course in just nine months instead of the usual three years, Laurent says it’s “normal” — although he adds too that it’s “cool.”

“I’m currently studying electrical engineering. It’s about designing circuits and things like that. So chips, actually,” the mop-haired youngster told AFP in the Dutch capital Amsterdam.

He adds that “I really like karting. And I like playing with my dog and watching Netflix.”

His teachers run out of superlatives to describe him.

“Laurent’s qualities are all simply extraordinary,” says Sjoerd Hulshof, programme director for electrical engineering at the university, a course that itself is considered particularly difficult.

The boy is “the quickest student we’ve ever seen. And he’s not just hyper-intelligent, but very nice”, Hulshof told AFP.

While Laurent is studying in the labs of the university, his best friends are playing tag in the playground of his old school in the Belgian coastal resort of Ostend.

Laurent, wearing a rollneck jumper, jeans and trainers, himself says that “I don’t really miss primary school, but I still have friends there.”

He was raised in Ostend by his grandparents until the start of this year, as his parents Alexander and Lydia were “busy with work” in the Netherlands.

Starting school at four, he completed primary in a year and a half. It has taken him just five years to go through primary and secondary school and university.

“In the end, it’s about finding a balance for the child so that he enjoys life, being a child and being mischievous,” says Alexander, 37, a Belgian dentist who has a practice in the Dutch port city of Rotterdam.

“His grandfather and his grandmother, who raised him, told us already: he is very intelligent, more than the others… Then, when he was old enough to go to school, they kept doing tests on him from higher levels,” adds Lydia, 29, who is Dutch and works as a dental assistant for her husband.

They are now selling the Rotterdam surgery so they can “completely dedicate” themselves to Laurent, who must be taken to university every day because he is too young to go by himself.

“He can’t take the train himself,” says Alexander, whose Amsterdam home features a huge black and white artwork of the faces of himself and his son.

His parents admit they “don’t understand at all” the subjects that come so easily to Laurent, whose closest companions apart from his dog are his laptop and a book on integrated circuits.

Laurent says his goal now after receiving his degree in December is to “make artificial organs to prolong life”.

The reason? He wants to help heart patients — like his grandparents.

“I still have to see how I’ll do it. I’ve only just started.”

His parents are now already in contact with universities in the United States as they eye another degree for their son.

Aware of the media attention that has recently surrounded his son, Alexander says his son is growing up in a healthy environment unlike “singers and pop stars.”

“If one day, we realise he’s becoming big-headed, that he’s becoming pretentious or arrogant, we’ll put his feet back on the ground.”