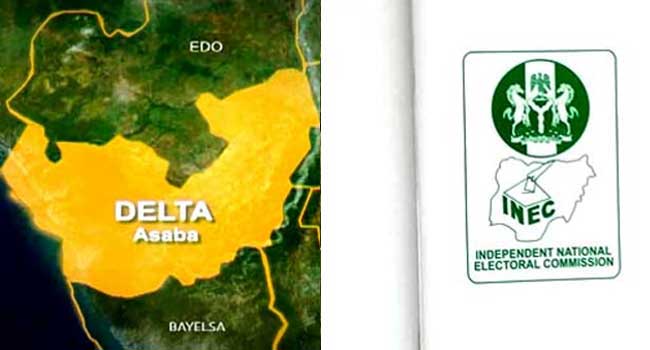 The candidate of the Peoples Democratic Party (PDP), Ovuakpoye Evivie, has won the just concluded Delta State House of Assembly by-election in Isoko South Constituency I.

INEC Returning Officer, Professor Christopher Onosemuode, declared Evivie as the winner of the poll on Saturday.

Onosemuode, a lecturer from the Federal University of Petroleum Resources, Effurun (FUPRE), said the PDP candidate polled 6,907 votes to beat his closest contender, Ogaga Ifowodo of the All Progressives Congress (APC) who polled 1,301 votes, while the candidate of the Social Democratic Party (SDP), Emumena Micheal got 1,291 votes.

The exercise was held on Saturday across five wards in the constituency to fill the vacant seat following the death of the former member representing the constituency in the state’s house of assembly, Kenneth Ogba.

One person also died during the election.

This is the first poll the Independent National Electoral Commission (INEC) will be using the Bimodal Voter Accreditation System.