The tanker spilled its contents on the road, a situation which prompted residents to call the attention of fire service operators. Prompt rescue operations by Enugu State fire service averted an explosion.

The firemen were led by Chief Fire Officer, Okwudili Oha who told Channels Television that plans are underway to trans-load the product. 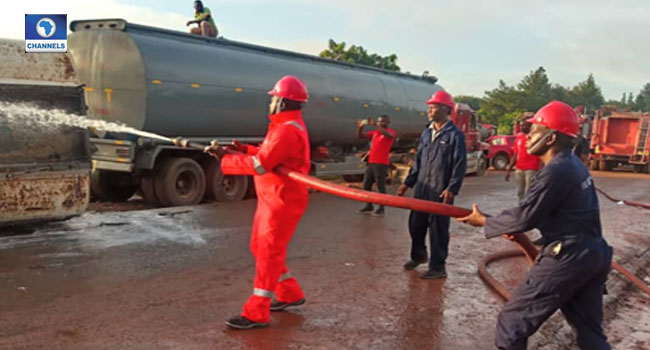 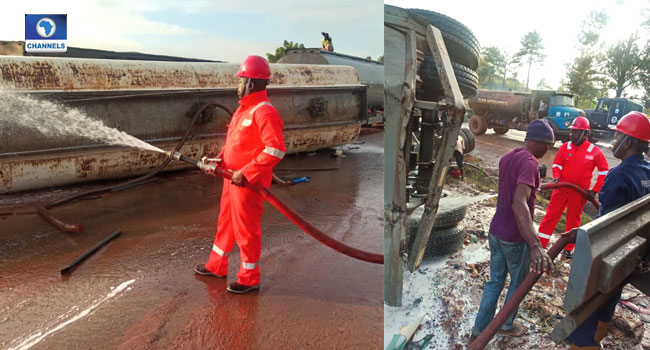 This accident occurs few days after a petrol tanker exploded at Upper Iweka, Onitsha another tanker explosion has occurred along the Enugu/Onitsha Expressway near Omagba, Anambra State.

The fuel-laden tanker according to eyewitnesses fell at Bessoy Filling Station Bus Stop around 3:00 am spilling its contents. The contents then flowed through an underground tunnel into Heritage Street, Omagba where it eventually exploded.

Properties including earthmoving machines, two residential buildings, and several business outlets were gutted by the fire. Vehicles numbering about 15 were also destroyed in the fire.