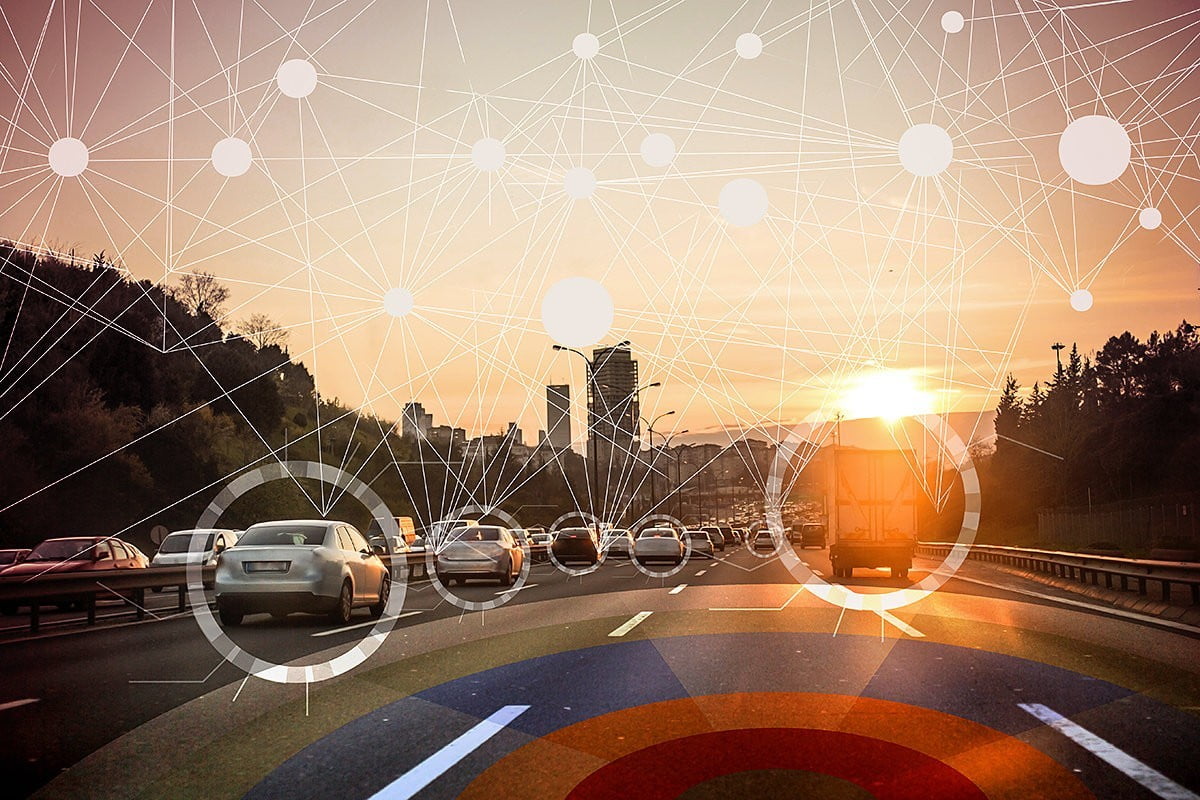 The development of connected cars is accelerating globally, but conflicts around communication standards could put the brakes on their deployment.

DSRC (also known as ITS-G5 in Europe, to make matters more complicated) operates on a dedicated band of the radio frequency spectrum and has been tested by manufacturers for decades but is yet to gain widespread adoption. Toyota and Lexus plan to equip their cars in the US with DSRC from 2021, and the standard has also been endorsed by the Association of Global Automakers, whose members include Honda, Nissan and Toyota. They argue that it’s the only vehicle-to-everything (VCX) communication technology that can be deployed today.

C-V2X is the much younger competitor. The high-speed cellular communications protocol uses cellular modems that are already being installed in vehicles and can connect with mobile phones used by pedestrians and cyclists, as well as other cars and roadside infrastructure.

Its most prominent proponents are the members of the 5G Automotive Association (5GAA), a future transportation organisation founded by industry big hitters Huawei, Audi, BMW, Daimler, Ericsson, Intel, Nokia and Qualcomm. They insist that only C-V2X is ready to integrate the 5G network capabilities that will play a central role in future connectivity and smart city infrastructure.

Either technology has the potential to dramatically reduce crashes and time spent in traffic. Researchers expect connected cars to save thousands of lives but worry that if cars equipped with separate standards hit the road together they will have to dramatically downgrade their predictions. Ultimately, the choice of protocol will be determined by different governments.

The conflict between C-V2X and DSRC will be fought on several key battlegrounds.

China has invested heavily in C-V2X and the country’s centralised approach to technology adoption means its progress on standardisation is more advanced. By 2022, the Chinese government wants to equip 90 percent of its cities and motorways with V2X technology.

The EU has traditionally favoured DSRC, but recently rejected a proposal to make DSRC the standard technology for the bloc. Huawei hopes the new European Commission that takes office in November chooses a different approach, and made its case at the Huawei Connect conference in Shanghai this week.

“What we have is a technology that is future proof, and I think that Huawei is very ready to integrate this future proof technology in the European standard,” said Jakub Hera-Adamowicz, the EU media and communication manager in Huawei’s Brussels office.

“Will the European standard be very different from the US or from the China standard? This is a technical argument. But definitely we stand ready to be a key partner in the deployment of future mobility technology in Europe. I think this is also the context of why we have invited European media here, to showcase that we are committed to deliver, but also to pass the message that we are ready to engage with European institutions, and with the European Commission on this specific aspect.”

The US has also wavered between the two technologies. In 2016, the Obama administration proposed mandating the use of DSRC in the US, but the drive for regulation has slowed down under President Trump, raising the hopes of C-V2X supporters in the country.

Then, in January, Ford made an announcement that may prove to be a watershed moment. The American motor giant confirmed that it will install the C-V2X standard into all new models from 2022 using Qualcomm chips. The company claims that its trials of the two standards in Michigan and California showed that C-VXZ had the greater range and robustness.

Gaining support for a single standard will be a tricky task: automakers, governance agencies, infrastructure and road operators from both industry and government will all need to work together to create a cohesive approach, as Don Butler, executive director of the Ford Connected Vehicle Platform and Product, explained in a January blog post.

“A conducive regulatory environment must be in place for C-V2X to be deployed, which is why we are working just as much with industry and government organisations to create such a technology-neutral environment,” he wrote.

“This technology will only live up to its full potential if many vehicles on the road as well as roadside infrastructure take advantage of it. That’s why we are inviting other automakers, infrastructure and road operators, as well as government agencies to work with us to accelerate momentum for C-V2X.”

Huawei took Computerworld 100 kilometres west from Shanghai to the city of Wuxi to make the case for C-V2X.

Wuxi is being tested as a model city for connected vehicles and autonomous driving in China. Hundreds of RCUs (road side units) are being installed around its streets and traffic lights to provide cellular coverage across 200 square kilometers. Inside each test car in the city is a device called a T-box, which transfers data to other vehicles and infrastructure.

The system supports 36 different use cases, including speed limit warnings, traffic light reporting and interaction information. The driver receives the data on their dashboard.

Huawei is working on more than 20 C-V2X projects in China, and it chose Wuxi as one of them because the city of 6.55 million people has typical traffic characteristics of medium-sized cities, good road network and traffic infrastructure, and strong support from local government, which has provided funding and facilities for the project.

Collaboration from industry and government is crucial to the project with carmakers, map developers, and chipset providers all acting as partners

Audi has joined the group in China and gained a licence to test its autonomous vehicles on Wuxi’s public roads. It has also supplied the city with the Audi Traffic Light Information system, which enables drivers to see whether they will reach a green light if they drive at the permitted speed. If they can’t, it counts down the time until the next green phase, allowing them to take their foot off the accelerator pedal.

The growing support of US companies for C-V2X coupled with the EU’s backtracking on DSRC appears to have given cellular technology the lead in the race to find a communication standard for connected cars. The decision made by the new European Commission could prove decisive in the competition, and the UK is likely to follow its lead.

“This is a process that is very long, that takes many different layers of complexities, but the added value of deciding for a common standards like CV2X would be that it would set the frame in which the transport policies in Europe can be deployed for the next years,” said Hera-Adamowicz.