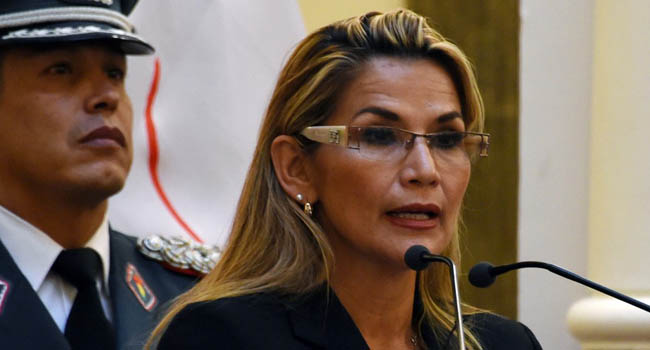 The news Sunday came just hours after communication minister Roxana Lizarraga resigned in protest at Anez’s decision to stand as a presidential candidate in the May 3 election.

Anez assumed the presidency on November 12, two days after Evo Morales resigned following three weeks of sometimes violent protests against his controversial re-election in a poll the Organization of American States said was rigged.

Anez, a little-known senator at the time, had said she had no intention of standing for the full-time job.

But that changed on Friday when she announced her candidacy.

Anez “has decided to ask for the resignation of all ministers to approach this new stage in the management of the democratic transition,” the presidency said in a statement.

The statement added that it was “usual” in an electoral cycle to have “adjustments in the working team of the Executive.”

Anez said she would name a new cabinet of 20 ministers “as soon as possible.”

Hours earlier, Lizarraga, who was appointed by Anez on November 13, criticized the interim president for having “lost sight of her objectives.”

Lizarraga said Anez had “started to fall into the same evils” as the party of her predecessor Morales.

“This is not the path the citizenry has signaled to us,” said Lizarraga. 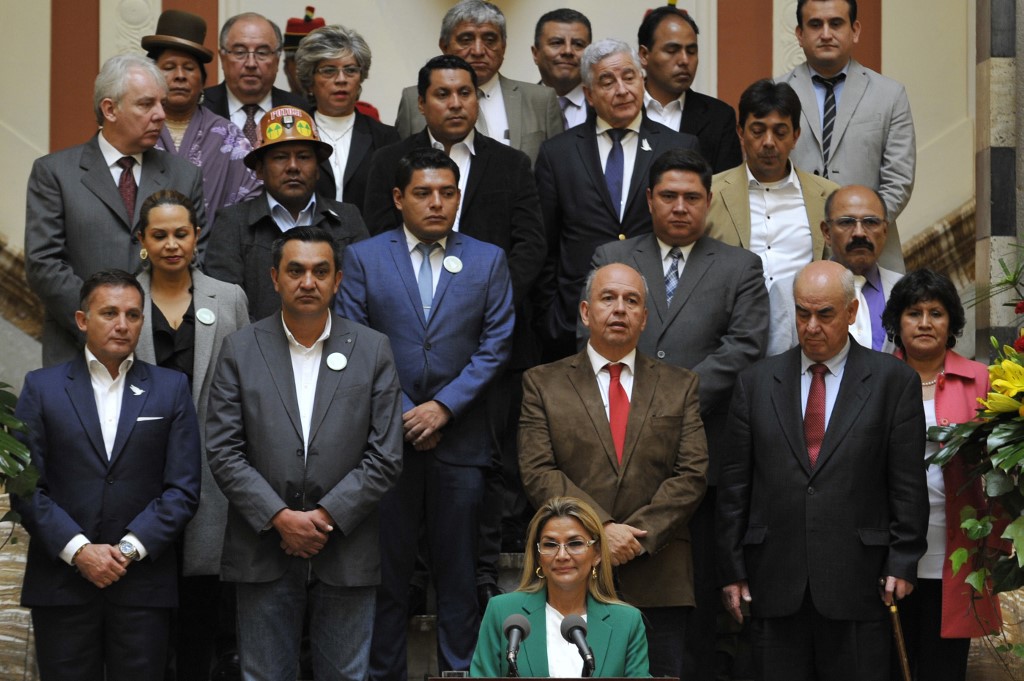 Anez was criticized for going back on her initial commitment not to run for president.

I respect President Anez, but I think she’s making a big mistake” because “she has not been appointed to propose herself as a candidate for the presidency,” former president Carlos Mesa, 66, said.

Former presidential candidate Samuel Doria Medina voiced his opposition and ex-president Morales, in exile in Argentina, reminded his successor that “she promised not to be a candidate,” although he said, “it is her right.”

There is also still doubt about the legality of Anez contesting the election.

Anez came only fourth on 12 percent in an opinion poll published on Sunday that was led by Morales’s Movement for Socialism (MAS) candidate with 26 percent.

MAS headed the survey by Mercados y Muestras and published in the Pagina Siete newspaper, which was conducted before the party had announced the name of its candidate, former economy minister Luis Arce.

In all the polls we are first,” Morales tweeted in reaction, adding: “We are ready to beat the coup and regain the homeland.”

Parties have until February 3 to register their candidates.