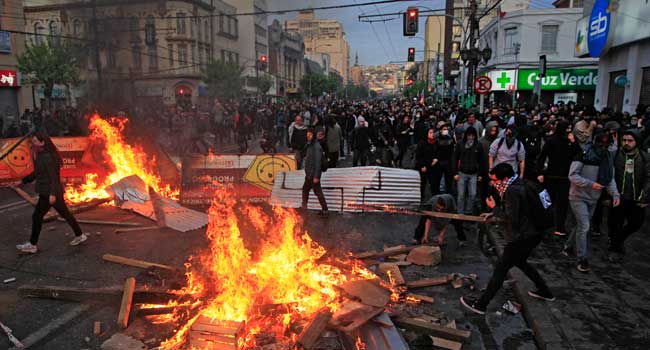 A four-year-old child was killed during the latest round of protests in Chile, raising the death toll from five days of social unrest to 18, a top Chilean security official said Wednesday.

The child and an adult man were killed Tuesday when a drunk driver rammed into a crowd of protesters, Interior Undersecretary Rodrigo Ubilla said. A third person died from injuries sustained in a beating by police, according to the victim’s family.