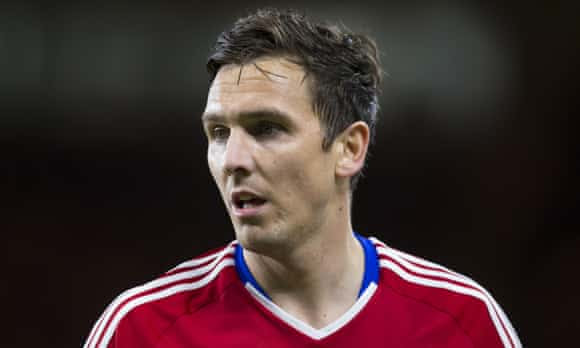 Since the end of 2006, Middlesbrough’s head-to-head record against Chelsea reads like the start of a Welsh place name: LLLLLLL. The aggregate score of those games is 16-0. At Stamford Bridge they haven’t won since March 1975, since when they have lost 15 and drawn seven, with an aggregate score of 35-5. There is, in short, nothing in the teams’ current positions, or in the entirety of recorded history, to give Boro any encouragement whatsoever as they head to Stamford Bridge this evening. “It’s going to be difficult,” deadpanned Stewart Downing. “We’re under no illusions about that.”

Poor, poor Stewart Downing. For it was the former England wideman who was forced to speak to his club’s official website ahead of this match, where he clearly felt obliged to be significantly more positive than would seem sensible prior to this most daunting of games, when the sum total of both the home team’s home defeats and the away team’s away wins in the last seven months is one, when another away defeat would signal relegation, and when his own all-time career record at Stamford Bridge features one victory (in which he played for 13 minutes), a handful of draws and six defeats including a 7-1 shellacking with Aston Villa in 2010 (which isn’t even the worst defeat suffered by a member of this Middlesbrough team while playing for Aston Villa away at Chelsea, with Brad Guzan having kept goal in an 8-0 thrashing two years later, as well as gifting them the opening goal on his most recent visit in 2015).

Middlesbrough are seven points from safety, meaning that even if Swansea lose every remaining game and Hull earn no more than a single draw they would have to take more points from the next three games than they have in the 12 they have played over three and a bit months since the end of January. They need at the very least as many wins from the next three games – two, maths fans – as they have earned from their last 19. They would need to up their current Premier League win percentage – running at 14.3% over the season so far – by a factor of very nearly five, to at least 66.7%. This is the size of the hole they are in.

Still, the recent draw against Manchester City, when Middlesbrough were denied victory only by a gullible referee and a preposterous dive, offers a microscopically small straw at which to clutch. “We’ve done well against the top teams over all this season,” Downing asserts, and this is kind of true: if you only counted results against the league’s best seven sides they wouldn’t be as bad as 19th – they’d be 18th, on goal difference. “We’ve got results against these teams and there’s no reason why we can’t get another. It’s an opportunity.”

Still, everyone except Middlesbrough fans can look forward to an excellent evening. Joy and heartbreak, laughter and tears, this one should have them all. Steve Agnew, Boro’s current bench-bound brainbox, has pledged that Antonio Conte’s men “will get a proper game of football”, and it would seem unreasonable to ask for more.