The U.S. Federal Aviation Authority has granted special permission for the use of drones to help relief efforts in Houston, Texas, in the aftermath of Hurricane Harvey.

At the IFA trade show in Berlin, PowerVision is demonstrating a drone that would need no authorization from the FAA to play its part.

That’s because the PowerRay is an underwater drone. It’s almost half a meter long, equipped with a 4K video camera that can be monitored on a virtual-reality headset over Wi-Fi, and powerful spotlights for penetrating the gloom 30 meters down. 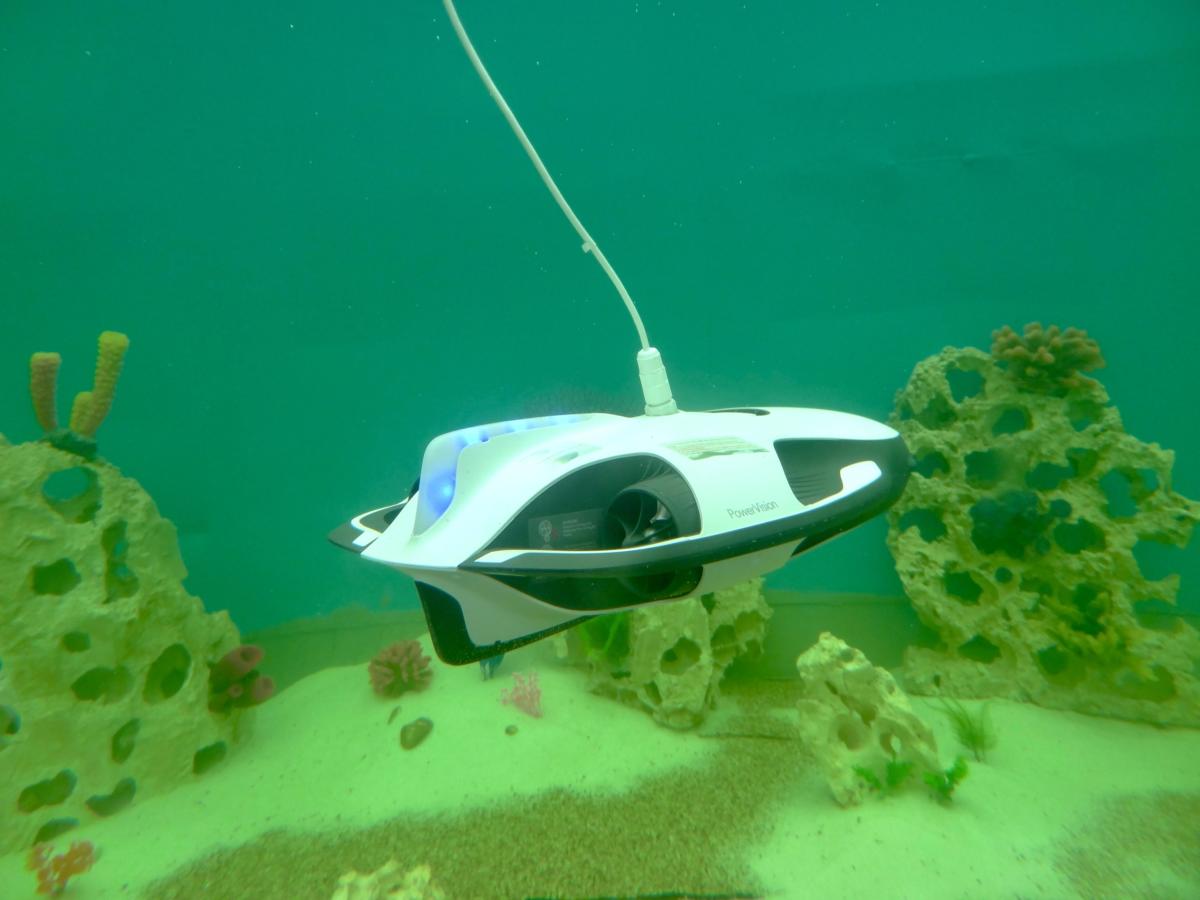 The PowerRay underwater drone can operate down to depths of 30 meters for up to four hours on one battery charge.

It’s piloted using what looks like a wireless game controller, and can maneuver at speeds of up to 1.5 meters per second (3 knots). Its 6400 mAh battery will keep it going for up to 4 hours if you don’t push it too fast.

If the battery does go flat while the PowerRay is underwater, all is not lost: You can simply pull on its cable to bring it back up, as long as it’s not snagged on something.

Yes, although the controller is wireless, radio waves don’t pass through water all that well, so a cable is needed to carry signals between the drone and a Wi-Fi base station that stays on the surface. This relays instructions down a 70 meter cable, and retransmits the video signal the drone sends back up. 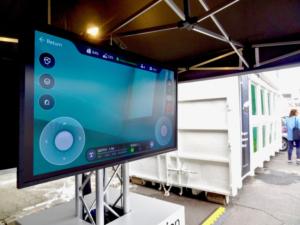