Minister of Foreign Affairs, Geoffrey Onyeama disclosed this after a meeting with some of the top envoys of various Diplomatic Missions in Nigeria.

While highlighting that the responsibility of the government is to protect law, order, and human lives, Onyeama made it clear that there is no definite time for lifting the ban.

“The condition would be a responsible use of the social media and that really has to be it.”

“We are not saying that Twitter is threatening the country or any such thing; why we have taken this measure is to stop them to be used as platforms for destabilization and facilitation of criminality or encouragement of criminalities,” Onyeama stated. 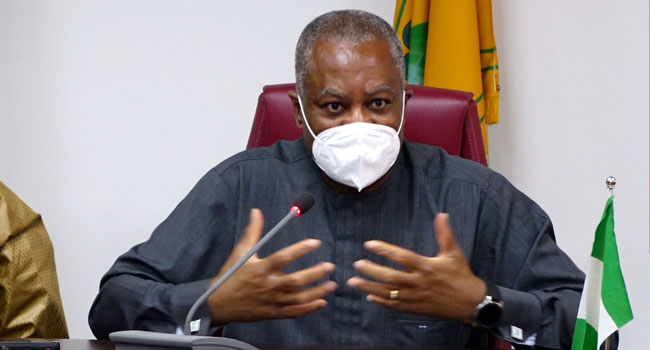 Envoys present at the meeting which held at the office of the Minister of Foreign Affairs in Abuja on Monday included, those of Canada, the United States, the European Union, the United Kingdom, and the Republic of Ireland.

The meeting became imperative following a joint reaction by the envoys expressing disappointment at the indefinite suspension of the microblogging platform.

Speaking after the forum, Foreign Affairs Minister, Geoffrey Onyeama, said they had a fruitful deliberation and reviewed the situation.

According to the minister, the security concerns of President Muhammadu Buhari and the steps taken to address them were tabled. 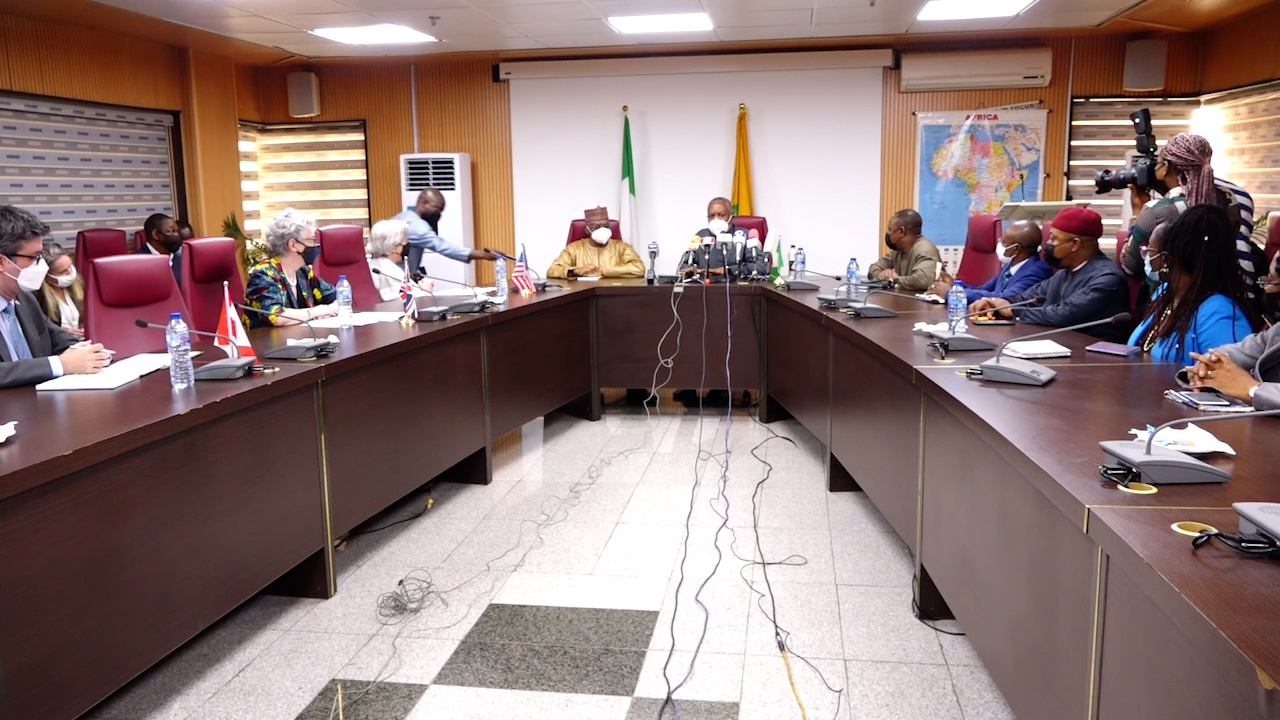 Onyeama said the government acknowledges the roles social media plays and how it swings positively and negatively.  He further stressed that the negative aspect has dire consequences and can threaten the unity of the country.

The minister further stated that these concerns have brought about the strong steps taken by the president to maintain the nation’s unity.

He highlighted the need for the envoys to support the country on the Twitter ban, just as they lent their support to fixing the security crisis.

On her part, the US Ambassador, Mary-beth Leonards who spoke on behalf of other envoys, said they want to see Nigeria succeed, and while the challenges could be daunting, they aren’t insurmountable.

She reminded the government that free access to social media, is important and they are happy that the government, is in talks with Twitter. 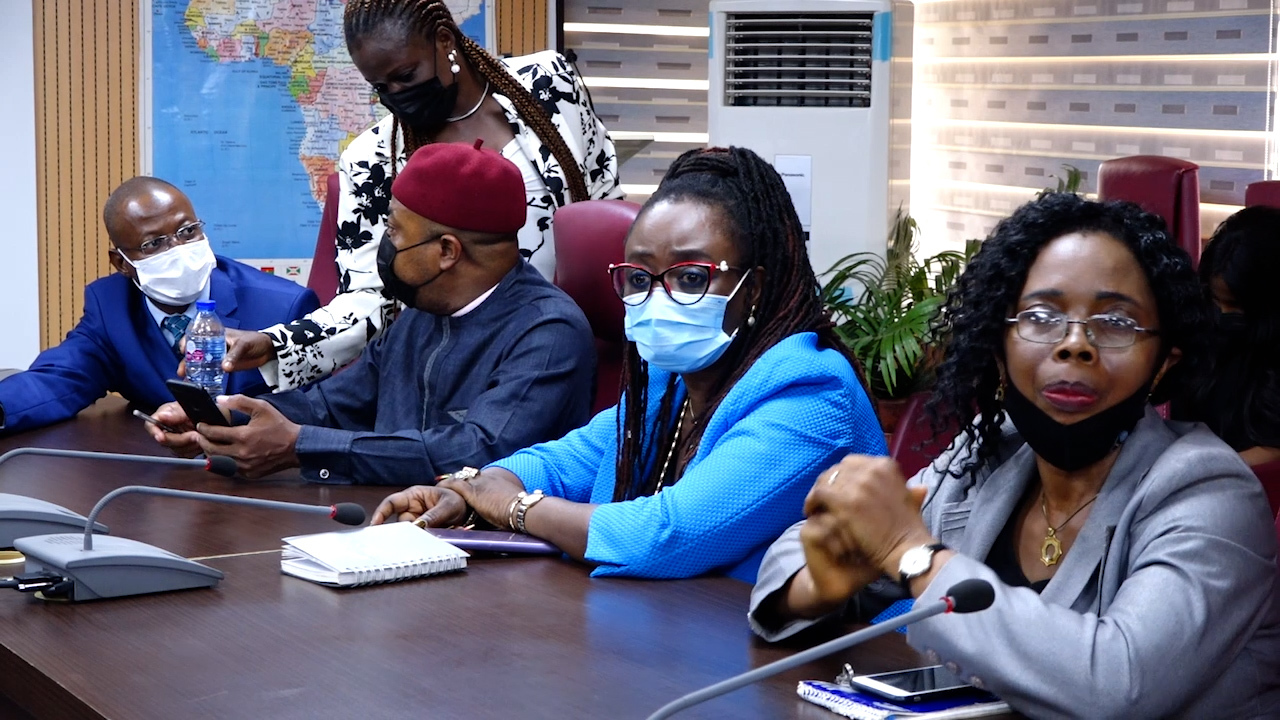 The diplomatic missions had on Saturday said they were let down by the decision to suspend Twitter operations in Nigeria.

“The diplomatic missions of Canada, the European Union (Delegation to Nigeria), the Republic of Ireland, the United Kingdom and the United States of America convey our disappointment over the Government of Nigeria’s announcement suspending #Twitter and proposing registration requirements for other social media,” a joint statement from the missions said.

“We strongly support the fundamental human right of free expression and access to information as a pillar of democracy in Nigeria as around the world and these rights apply online as well as offline.

“Banning systems of expression is not the answer. These measures inhibit access to information and commerce at precisely the moment when Nigeria needs to foster inclusive dialogue and expression of opinions, as well as share vital information in this time of the COVID-19 pandemic.

“The path to a more secure Nigeria lies in more, not less, communication to accompany the concerted efforts of Nigeria’s citizens in fulsome dialogue toward unity, peace, and prosperity. As Nigeria’s partners, we stand ready to assist in achieving these goals.” 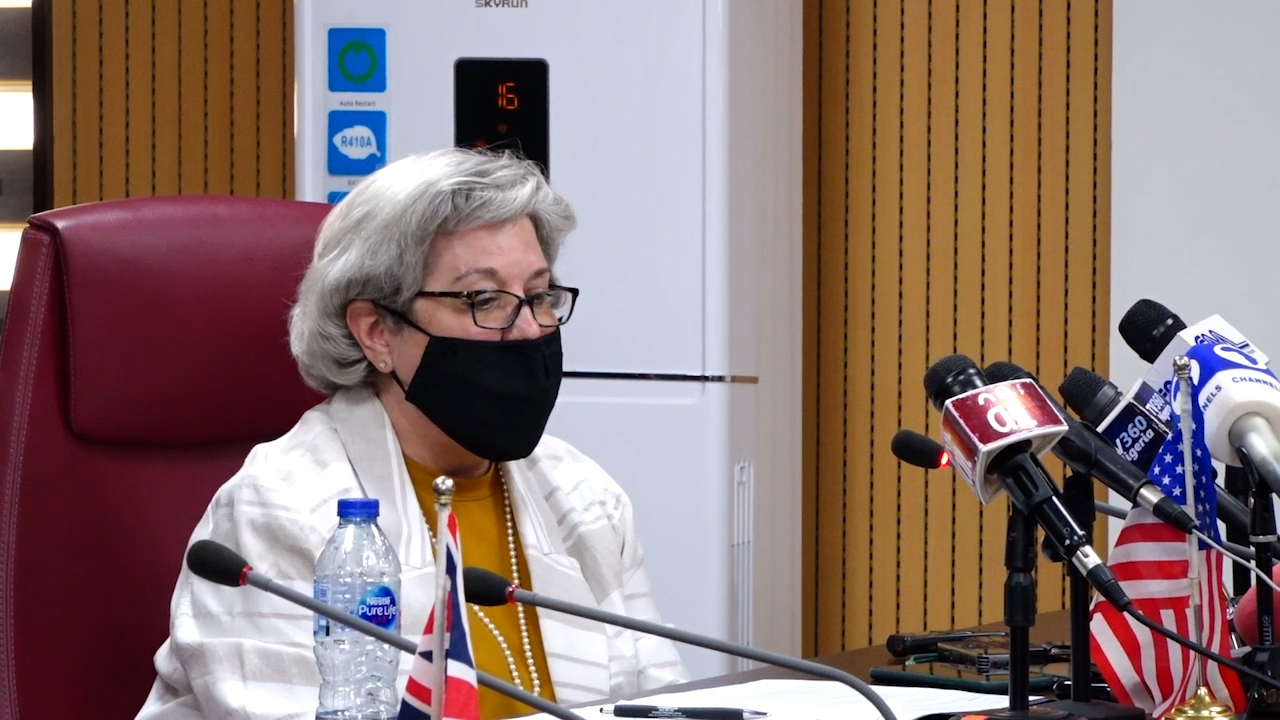 Earlier the United States had chided the Nigerian government over its decision.

“Nigeria’s constitution provides for freedom of expression,” a statement from the US Mission in Nigeria said.

“The Government’s recent #Twitterban undermines Nigerians’ ability to exercise this fundamental freedom and sends a poor message to its citizens, investors and businesses.

“As President Biden has stated, our need for individual expression, open public conversation, and accountability has never been greater.

“The path to a more secure Nigeria lies in more, not less communication, alongside concerted efforts toward unity, peace, and prosperity.”