Candidate of the Peoples Democratic Party in the Osun governorship election, Ademola Adeleke, has voted.

The PDP candidate told journalists that he had all it takes to win the election, stressing that if the poll is free and fair he would be victorious.

“I am optimistic about the election and I believe that victory shall be the noise at the end of the exercises”.

He observed that the card reader “took a lot of time” before recognising his card and enabling him to vote. 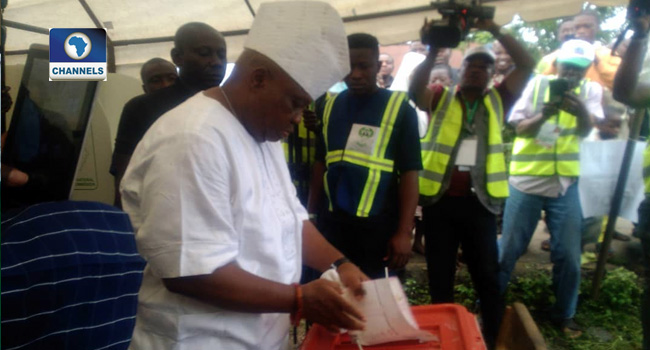 Adeleke hopes the experience would not be the same at other polling units.

“The card reader took a lot of process before it started working and I hope it’s not same in other polling units,” he said.

He added, “I am very optimistic of victory at the end of the day.”