The governor who made this comment during an interview on Channels Television breakfast programme, Sunrise Daily said this is important to prevent increased crime and heating up the polity. 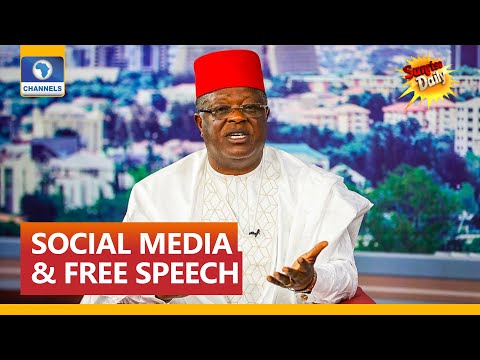 “The way to prevent this thing is that if you are making unsubstantiated statements in the social media, the police, the SSS, you should be invited to explain and this is no politics because the country cannot fold our hands and allow people to plunge the country into another war. This is very important,” Umahi said.

The All Progressives Congress (APC) governor noted that these unpatriotic comments are capable of inciting division and might eventually plunge the country into a crisis or lead to war.

and so if you are making a statement on social media calling it freedom of speech, you must come to the law to substantiate it.

“What I have in the (Ebonyi) state, the communal clash now should have stopped but for the politicians who are making unguarded accusations and statements in the social media and then people outside the state will just cash on that and emotions will arise and the problem will continue.”