A suspected ritualist has been arrested following the murder of a 25-year-old woman.

He was arrested by the Oyo State Police Command on Thursday.

The suspect, Dotun Ogunlade who claimed to be a spiritual healer and prophet told journalists that he had been chatting with the deceased since January when they became friends on Facebook.

Subsequently, the victim was lured to Igbo Ora from Ilorin where she was allegedly injected with an overdose of sleeping drugs after which she was strangulated.

Thereafter, her head and arms were severed and the remained of the corpse was buried in a shallow grave as she was meant to be used for money rituals. 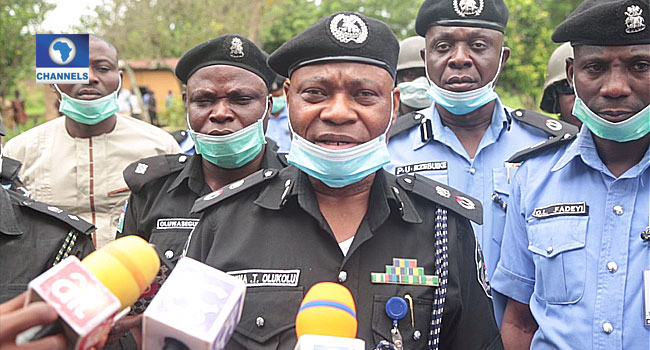 Addressing journalists at the Oyo State Police Command, the Commissioner, Shina Olukolu, warned the public of the dangers of making friends with strangers, especially on social media.

He also urged the public to be wary of people who claim to be clairvoyant or healers, saying they could be killers in disguise.

According to him, investigation is still ongoing on the matter and all those found guilty would be made to face the full wrath of the law.