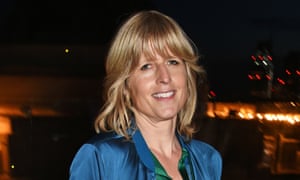 Rachel Johnson, the journalist and sister of two Conservative ministers, has joined the Liberal Democrats in protest against Tory support for Brexit, the Guardian has learned.

The Mail on Sunday columnist and author has also toyed with the idea of running as a Lib Dem candidate for a West Country seat but may not have enough time to be selected to stand in the general election on 8 June.

A member of the Conservative party until 2011, Johnson, whose brothers Boris and Jo are foreign secretary and universities minister respectively, has made no secret of her support for Britain remaining in the EU, either in her newspaper columns or during her regular slot on Sky.

In the aftermath of the referendum in June she wrote about how she “sat down and wept” over the result. Johnson has also written about the fallout from her brother Boris’s decision to lead the leave campaign. But until now she has always stopped short of withdrawing her support for the Tories.

Last year, she wrote in her column: “In general elections I have voted nothing but Tory, and since I have two brothers standing as MPs for the party, it’s sort of a matter of family duty.”

Johnson’s decision to join the Lib Dems is expected to infuriate her brother Boris, who has had a relatively marginal role in the post-Brexit negotiations so far.

She could not be reached for comment, but retweeted a message from her husband Ivo Dawnay: “It’s been 25 years since my wife @Rachelsjohnson agreed on anything – but then Brexit. I joined the LibDems 6 weeks ago. Why haven’t you?”

A spokesman for the Lib Dems declined to confirm her membership, citing data protection rules.

With just nine MPs, the Lib Dems have campaigned consistently against Brexit. Party rules insist candidates must have been members for at least a year. But if Johnson decides to stand, one option is the party not standing against her.

Johnson is understood to have sought Nick Clegg’s counsel over the possibility of standing for election. With a house near Exeter, Johnson would make a high-profile choice for two of the Lib Dems’ biggest losses in 2015, Yeovil and Bath, where the candidates selected during a party process last year have decided not to stand in the forthcoming snap election.

A majority of voters in Bath and North East Somerset – 58% – voted to remain in last year’s referendum. Yeovil, the constituency of former Lib Dem leader Paddy Ashdown, was lost to the Conservatives in 2015 when party support crashed because of it joining the Tories in a coalition government after the 2010 general election.

Johnson wrote about first joining the Conservative party in 2008, then leaving in 2011. Last year she said that her husband, the National Trust’s director for London, “may now be creeping towards the Lib-Dems”.

She also described her third brother, Leo, who works in ethical finance, as “sickeningly liberal”.

Yet she has grown increasingly disenchanted with the Conservatives since the Brexit vote and has argued with fellow panellists on Sky show The Pledge, Nick Ferrari, about her support.

Hello,I log on to your blog named “Writer whose brothers Boris and Jo are ministers has also toyed with idea of running as candidate in general election – Lagmen” like every week.Your humoristic style is awesome, keep up the good work! And you can look our website about اخبار الاهلى المصرى اليوم.