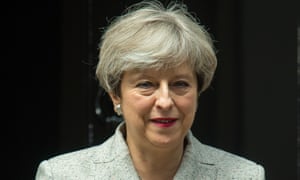 Back, one more time, to the 8 June inquest. Here’s the habitually strong and stable Dominic Lawson in the Sunday Times. “As I was saying last week, or at least as the headline on this column accurately summed it up: ‘Don’t panic … May is well ahead.’ Wrong, Lawson, and not for the first time in this campaign. It’s no defence that there was scarcely a single so-called expert who anticipated the actual outcome.”

He’s quite right, of course. John Rentoul of the Indy will now “try harder to learn from his mistakes”. Polly Toynbee of the Guardian heard the “munch, munch of humble pie”, a chomping sound washing through Observer corridors too. And why did all Dominic’s “experts” get it so wrong? Because, like TV pundits, like Tory canvassers, like shrugging Labour party wizards on the day before, they all relied on the opinion polls and judged prospects on those results. Because, one more time, the polls were frail, contradictory – and wrong.