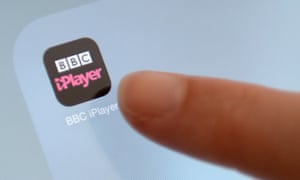 Users of BBC iPlayer will need to enter a password to access the online catchup service within the next few weeks, the broadcaster has announced.

The BBC denied the move was part of a crackdown on TV licence fee evasion, but said email addresses registered to an account may allow it to identify people using the service without paying.

From Thursday iPlayer users will be notified with a message saying they “will soon need to sign in to watch”, encouraging them to do so before the deadline in a few weeks.

The introduction of a login, which was revealed last September, is part of the BBC’s plans to make services “more personal and relevant to you”, according to Andrew Scott, launch director of MyBBC.

Th plans, say the BBC, include tailoring programme suggestions to users based on previous choices and will allow people to start watching a programme on one device before picking up where they left off on their television.

The changes come after rules introduced last year made watching or downloading BBC programmes through the iPlayer illegal without a TV licence.

The reason for making the changes “isn’t about enforcing the licence fee, it’s about giving you a better BBC and helping you get the best out of it”, said Scott.

He added that the BBC would not be using “mass surveillance techniques or ask internet providers for IP addresses” to identify licence evaders.

“By matching email addresses we may be able to identify someone who has told us they don’t need a TV licence while at the same time having signed in and watched iPlayer,” he continued.

“So we will now use this alongside our existing enforcement techniques to help identify people who are watching licence fee-funded content without a licence.”

Scott said the BBC was still considering whether a verification system was required for the iPlayer so licence fee non-payers could access content for free.