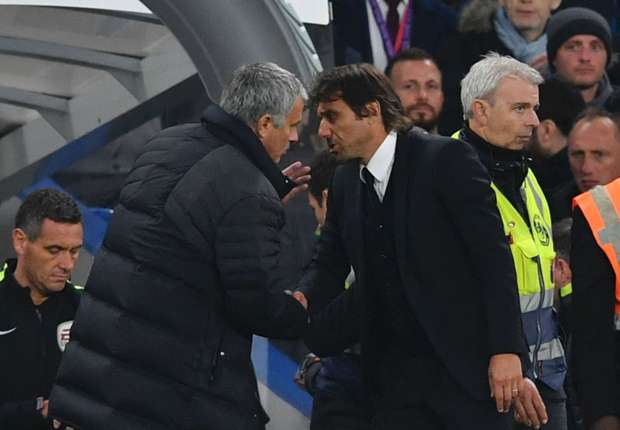 Jose Mourinho says there is no extra emotion attached to Chelsea’s visit to Manchester United on Sunday, insisting it is “just a game, no difference” despite the abuse he suffered on his return to his former club last month.

United suffered a 1-0 FA Cup defeat at Stamford Bridge on March 13 with Mourinho taunted with chants of ‘Judas’ and ‘you’re not special any more’ from a home support that used to worship the Portuguese for delivering three Premier League crowns over two spells in charge.

Mourinho responded after the game by suggesting “Judas is still number one” in terms of success achieved at Chelsea but, despite that acrimonious backdrop, was quick to play down any lingering ill-feeling ahead of the teams’ meeting at Old Trafford at the weekend.

Speaking after the 1-1 Europa League draw at Anderlecht on Thursday, Mourinho was asked about his emotions in the build-up to Sunday, to which he replied: “You say the word emotion but for me it is just a game, one more game, no difference for me.”

He also claimed it was not a special occasion for him, adding: “No, not at all.”

Chelsea go into the weekend seven points clear of Tottenham at the summit and 18 in front of a United side languishing in fifth.

The Londoners’ absence from European competition has been put forward as one reason for their success and it was a point not lost on Mourinho.

“That’s very important in football. But, for some reason, they are top of the league. It’s not just because they are fresh. It’s also because they have individual quality and they have collective quality. They have a certain style of play, they stick to it, they do it very well.