Microsoft is shutting down a work collaboration application it has been piloting over the past year, saying only that it learned a lot from the project and that the experience would help it with future products.

In a blog post , Microsoft stated simply “after careful consideration, we’ve decided to retire the GigJam Preview on September 22, 2017.”

The GigJam application allows users to share information with others in real time, allowing co-workers to make changes or annotations that the entire group can then see. 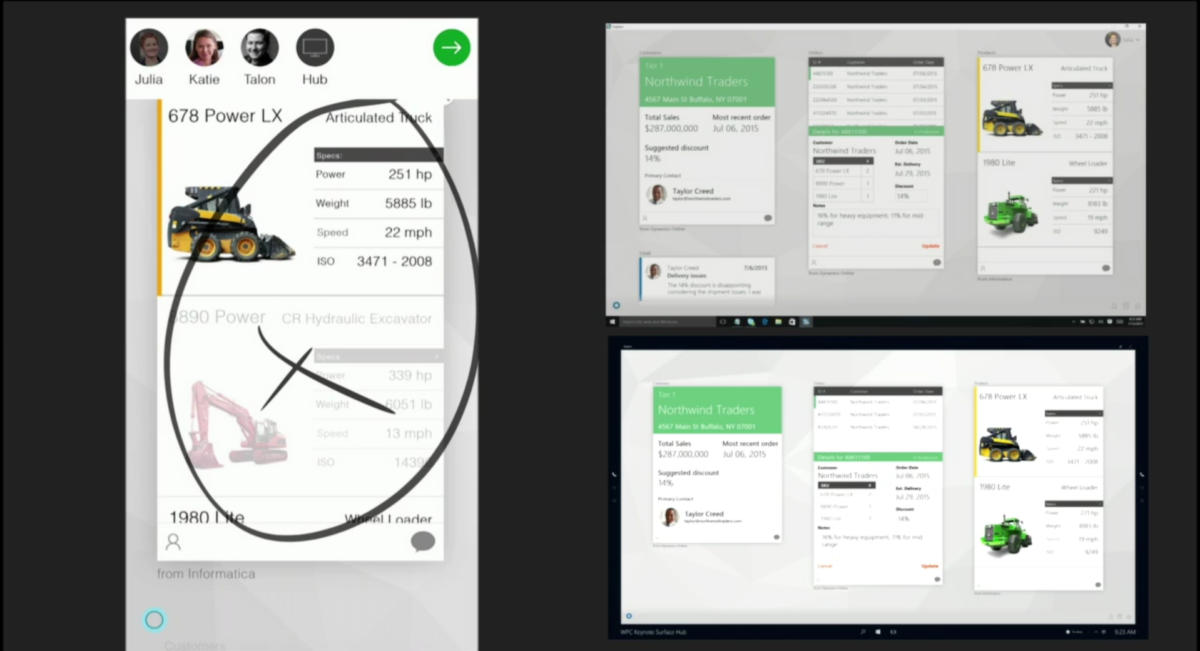 GigJam’s iPhone and Surface hub. GigJam allowed a user to share information from multiple web services, such as Office 365, Dropbox, Salesforce and LinkedIn, by simply circling it or redacting what they didn’t want to share by crossing it out.

“GigJam was an incredibly bold and powerful concept. The problem is, it didn’t have a metaphor that people could easily relate to. It was not file sharing, web conferencing, or social networking. It was a new way to work,” said Alan Lepofsky, principal analyst at Constellation Research.

GigJam works by allowing a user to pull up data from a variety of business web services such as Office 365, LinkedIn, Dropbox, Salesforce and Trello.

The information a user wants to share can be used to begin a “Gig,” enabling it to be shared in a workspace. A user simply circles the information – with their finger or a stylus – they want to appear. Users can also redact information they don’t want to share by crossing it out.

The other people in the Gig session only see the information being shared and cannot access other material the originator has in front of them.

The GigJam interface worked via keyboard and mouse, but it also could be enabled through touch and voice input. GigJam remains available – for now – on Windows, Mac and iOS version.continue reading