They were brought back to the country on Sunday from Rwanda, Uganda, and Tanzania.

The airplane which evacuated the returnees from the three East African countries touched down at about 3am at the Murtala Muhammed International Airport in Lagos.

A Nigerian airline, Azman Air, which conducted the evacuation exercise, announced the arrival of the returnees in an early-morning tweet.

In line with the guidelines of the Presidential Task Force on COVID-19 and the Nigeria Centre for Disease Control (NCDC) on evacuation, the returnees are expected to go into self-isolation for 14 days.

At the end of the isolation period, they are also expected to take another test to ascertain their COVID-19 status before reuniting with the 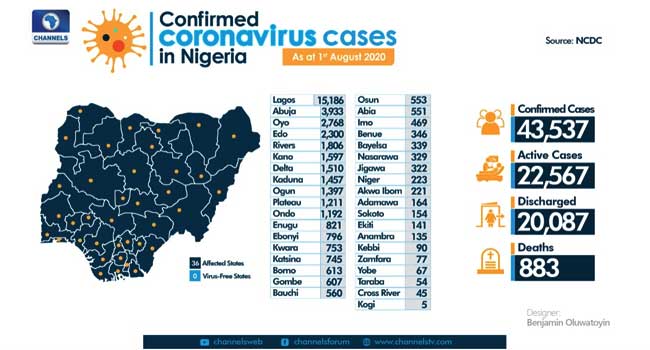 Nigerians stranded in the United States.

The Nigerians in Diaspora Commission (NIDCOM), in a tweet on Saturday, confirmed that a total of 300 citizens were brought back to the country.

300 Nigerians arrive Murtala Muhammed Int’l Airport, Lagos from the United States of America at about 1500HRS today 1st of August 2020 via Ethiopian Airlines.
This brings the number of evacuees from the US to a total of 1,430.
1/2. pic.twitter.com/Gs6CGr4sZY

According to the agency, the evacuation of the new set of returnees who also arrived at the international airport in Lagos via Ethiopian Airlines is the fifth from the US since the government began the exercise.

All the returnees had tested negative to COVID-19 before boarding the flight and would also observe the mandatory 14-day self-isolation as directed by the Presidential Task Force on COVID-19.

The latest evacuation brings to 1,430 the total number of Nigerians who returned from the US.

African countries are captured in the photos below: