The Wire’s hood philosopher Avon Barksdale once said this about prison: “You only do two days: the day you go in and the day you come out.” By that same tack, a TV show-runner only writes a pilot and a finale. The only thing tougher than introducing a cast of characters is giving them a proper sendoff, the unenviable task Lena Dunham faced as her zeitgeist-capturing sitcom Girls ended on Sunday. After six years of fights, impromptu kitchen dance parties, and brutally awkward nudity, she had to assign fates that satisfy the fans while bringing their story to a logical conclusion, a special challenge for characters defined by their chronic inability to get and keep their act together. 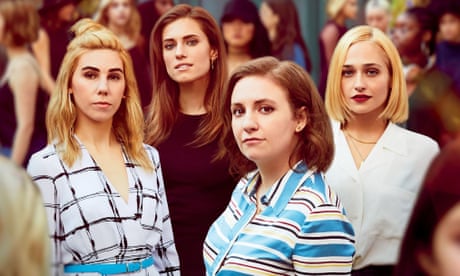 The responsibilities of a good finale weigh heavy enough to make any script buckle – fans demand closure, answers to questions, a resolution often expected to tie a ribbon on years of sustained conflict. Crafting a conclusion to satisfy viewers and critics alike requires a nimble balancing act between withholding and allowing, one that provides a natural conclusion to plot without feeling abrupt or overly tidy. For better and for worse, the much-ballyhooed Seinfeld swan song provides an instructive example. Nearly a decade of social impropriety had created a dense and insular culture around the show about nothing, so the writers conceived of what they thought would be the perfect way to bring back the wide roster of fan-favorites. But even though a court trial would reunite Jerry and Co with everyone they had ever wronged (and provided the show with its punchline of cosmic justice), it made the final installment feel less like a proper episode than a self-congratulatory clip package. Biting off more than you can chew often leads to choking.

Delivering total closure is not an intrinsically bad idea by any means, but it requires tact and prepwork to avoid the impression of hastiness and convenience. By the time Breaking Bad deployed its endgame, events set in motion seasons ago had been progressing with the inevitability of a Rube Goldberg machine’s moving parts. Walter White has been proven a calculating mastermind time and again, so watching his elaborate plot unfold and leave each major character set for the future obeyed the show’s sense of internal logic. Often held up as the gold standard for TV finales, Six Feet Under’s final hour was as final as final could be, hopscotching forward in time to show how each major character would die. That gambit brought an absolute end to the Fisher clan’s story and it gelled perfectly with the show’s continued preoccupation with mortality, reaping a hard-earned poignancy without overplaying its hand to the point of emotional manipulation.

Other shows have challenged viewers by playing it close to the vest and remaining stubbornly oblique right up until the credits roll. Both The Sopranos and its spiritual successor, Mad Men, used their last moments to present an infuriatingly unresolvable enigma rather than wrap things up: the sudden cut to black mid-Don’t Stop Believin’ put a question mark over Tony’s ultimate fate, and Don Draper’s inscrutable meditative smirk placed the onus on the audience to decide whether the man was smiling because he had found happiness or just perfected the art of bullshitting. Both shows had communicated primarily through ambiguity and obliqueness throughout their run, and yet audiences still reacted with cries of outrage to these deliberately difficult departures. They caused a lot of frustration in the short term, but every passing year has earned them more critical esteem, vaunting the anti-endings as masterstrokes from uncompromising artists.

Girls has come to an end. But it has changed the dynamic of TV for ever

The most successful finales have found a happy medium between functioning as an installment and summation of their series, conveying finality without straying too far from a show’s core identity. Most viewers enter a finale wanting to know “what happens” or “how it ends”, insisting the ultimate fate of their beloved characters be decided in a manner befitting the episodes that have preceded it. And while the looming threat of death hovers around many finales, a decisive departure can take the form of a new beginning just as easily.

That seems to be the path that Dunham has chosen for young Hannah, as she struggles with motherhood and her own need for maturity. She self-sabotaged her way out of an MFA program, a cushy magazine gig, and even teaching (albeit as a substitute). The finale entered with a burning question that wasn’t answered put instead left to linger: can Hannah handle the adulthood she has repeatedly shirked for the past six seasons? She did allow Hannah some sense of inner peace with a final shot that saw her looking not quite content but determined to deal with the challenges of motherhood, even if she’ll never really be ready. It was the unflinchingly honest option – the Girls option.